Music That's Been Helping Me Through Lockdown

I like many other people would not have thought that we would've still been in lockdown by this point. It's been almost 2 months now since Britain went into quarantine and one thing that has kept me sane other than watching loads of tv and movies is listening to some of my favourite songs and discovering new favourites along the way. So today I thought I would share with you the best music that's out right now and mention some classics that have kept me together at this crazy time! First up anyone who knows me knows that I am obsessed, literally obsessed with The 1975. I've been an avid fan since 2016 when their second album was released and I've seen them live twice at The O2 in London (I was so lucky that I got to see them this February before we went into lockdown) and both times they were just incredible!! It's not just the music that I love about them though, it's the image and the band's ethos as a whole. They will be releasing their new album called Notes On A Conditional Form on 22nd May, so very soon and I've been so excited every time they've released a single from the new album. My favourite like many others is If You're Too Shy (Let Me Know) which is a very up tempo eighties sounding track that instantly makes you feel so much better than you did before! Also their latest song that they've released called Guys is such a sweet slow paced song that Matty wrote as a love letter to his band mates and especially listening to it in quarantine it makes you feel even more emotional than it would normally. They are the best band not just of this new decade, but of the last decade and they have to be my favourite band ever. Big statement to make, but that's just honestly how I feel! 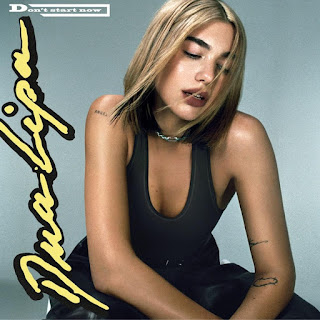 Next up is Dua Lipa's new album Future Nostalgia and omg this is such an amazing album! As soon as I heard Don't Start Now, the first single released from the album, I just knew that this was going to be such an iconic record because that song alone just encompasses the title as it sounds so new, yet it has that disco sound to it. Some of my favourite songs include Cool, Levitating, Physical & Hallucinate. I was actually going to see her this month until Corona virus cancelled everyone's plans however luckily she rescheduled the tour for January next year and I cannot wait to finally see her live! 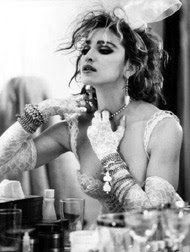 Something else I've been listening to a lot is 80s music and I think it's because I know that when I listen to any music from that decade it will instantly lift my mood, which at this moment in time is something I need as some days are harder than others to live in during these times. One artist from that era I've been listening to a lot is Madonna. It's hard to pick a favourite era of Madonna's career, but I think you can't go wrong with her early records as they just have that feel good factor to them that makes you want to get up and dance. My favourite songs from the early days are Into The Groove, Dress You Up, Like a Virgin, Burning Up and of course Holiday!
I hope you liked my post on what I've been listening to recently. Let me know what music you've been listening to in the comments below.
Stay safe and see you soon
Chantal x
Share:
Posted by Chantal at Friday, May 15, 2020
Labels: 1980s, 80s., album, Dress You Up, Electronic, lock down, Madonna, Music, new album, new music, Spotify, The 1975