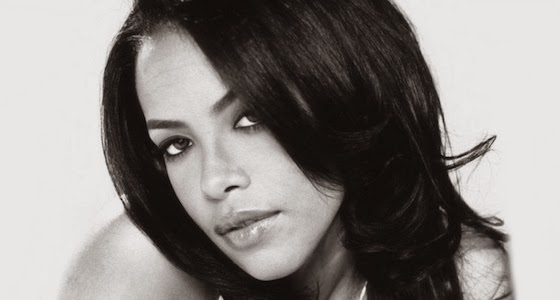 I wanted to start a new music series alongside my other one. So here it is, the first post of Artist Spotlight. Basically in each post I'm going to talk about a different artist and why I love their music so much. First up is Aaliyah. Aaliyah was a really talented R&B singer and her music career lasted from the early 90s up to 2001 because very unfortunately she past away in a plane crash (rip Aaliyah) however her songs are still loved so much today. She released her first album at the age of 14 called 'Age Ain't Nothing But A Number'  in 1994 and it's definitely my favourite album from her. I pretty much like all the songs on the album, but my top tracks are 'Back & Forth', 'Age Ain't Nothing But A Number', 'Street Thing' and 'I'm So Into You'. My other favourites from her catalogue are from her last album 'Aaliyah'. The songs I love from that album are some of the songs from my childhood (your looking at a late 90s and early noughties child here) so I heard a lot of her songs around that time. These include 'More Than A Woman' and her last single that she released 'Rock The Boat'. Aaliyah will always be one of my favourite artists ever because her songs have real meaning to them and her vocals were just amazing. She had a real soul element to her voice which you don't here that much of in recent R&B artists, only a few have been able to keep that smooth sound in their music today.


I really hope you liked this post and I hope you like the idea of me writing this new blog series.
What are your favourite artists that you listen to? Let me know in the comments.