Being an introvert in an ever growing extroverted world 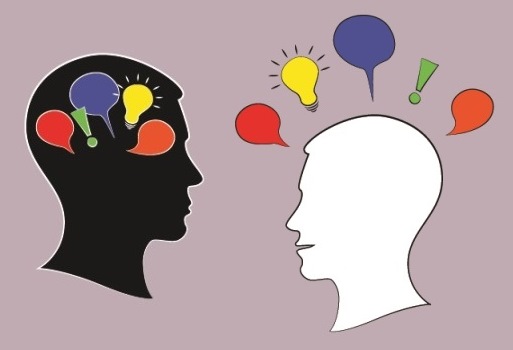 So many things have changed over the years. One of the things that has changed drastically over the years is technology. The advancement in technology has brought us so many new opportunities over the years, (especially when it comes to the internet) from being able to shop online, to creating our own blogs and Youtube channels, communicating in so many different ways from e-mailing to face timing each other, having smartphones that can do practically anything etc. Perhaps one of the most influential of these new technological inventions is the creation of social media. Nowadays having some form of social media is just as important as having a smartphone because lots of people now tend to communicate more on social media than they do by the traditional mode of using texts and phone calls. When I thought about this it also occurred to me that by having a very social media driven world, it surely is making or at least is trying to make people in the world more extroverted than they would actually like to be.

I can 100% tell that I am an introvert personality type- in fact I did a personality test so I'm an ISFP to be precise (Introverted, Sensing, Feeling & Perceiving) so for me living in this new social media world can sometimes be difficult from time to time and there are many reasons for this. Firstly if you're not much of a talker in real life, then how are you expected to be great at Twitter which is basically you saying your thoughts/talking to someone online. It makes it much harder for you to build up a following on Twitter if you don't always have something fairly interesting to say, which is why I mainly use it to promote my blog posts. Again the same goes with Instagram, if you don't constantly have loads of pics of things to share then it is also harder for someone to grow a following and to have a community on there. Also the fact that these apps keep changing and evolving so that we can possibly have the chance to share even more of our lives online puts a lot of pressure on people, particularly on younger people like myself. But maybe I don't want to share everything with everyone online? If that makes me have less followers than someone else, then so be it! I like having a bit of mystery behind my personality and I think it would be better in a way if more people were like that.

Something that I struggle with in terms of blogging is successfully promoting my posts on social media. Mostly I do it through Twitter and then a few days later or sometimes on the same day I'll put a photo from the post on my Instagram feed, but my posts never seem to get as much engagement as I really want them too and I do believe that being an introvert has something to do with that because I'm not a bragger or show off when it comes to promoting my work. I basically schedule my posts every half hour from about 5 o'clock to about 10pm sometimes because at least then it should get enough views, but I never get as much viewership as I'd like to.

Nowadays there's also this strong need to do things now instead of leaving it till later when it comes to responding to notifications, which tbh is not my style at all as I'm very laid back, so I feel that social media is deliberately making us all quicker in our responses and in our reactions as a whole, which I guess is good for bringing introverts out of our shells, but then again it stops people appreciating their precious time and the people who they are with and you should always appreciate the people in your lives as you never know when they will be taken away from you which is something I experienced this year with loosing my mum to cancer back in the summer. It's not like I don't appreciate the opportunities that technology and social media has brought to us over the last 30 years or so, but I do feel like we have lost a bit of heart and compassion to everyday life in terms of being in the here and now. Maybe if I was an extrovert I would have more energy to spread my wings on this whole social media and technology ride and maybe the lack of brain energy introverts have compared to extroverts stops us being as savvy on social media, or maybe I'm totally wrong, you tell me.


Let me know what you think about the world becoming more extroverted and whether you feel it too if you are an introvert, or even if you are an extrovert too, tell me your views on the issue, I'd love to know.