No Time To Die Review 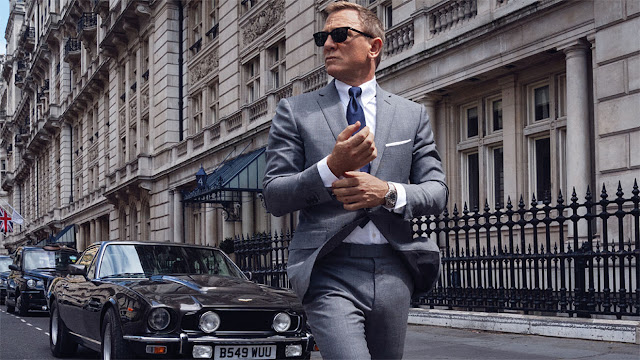 It's finally here! No Time To Die has hit UK cinemas after a very long wait and I couldn't be more excited for it. I saw it Friday and in my opinion it was certainly worth the year and a half wait! There's so much that I want to talk about in this review, so I'm warning you now this post will be full of spoilers. If you haven't watched the film go and watch it and if you have seen it then please go ahead and read on.

I have been a huge fan of James Bond since I was a child. I was born in the mid 90s, so I was too young to appreciate Pierce Brosnan's Bond when those films were released however I eventually got shown them when I was about 5 or 6 as my sister had them on video. The first ones I can remember seeing were Goldeneye & Tomorrow Never Dies and I absolutely loved them! Then Daniel Craig took over from Pierce in 2006 of course starring in Casino Royale, therefore he then became the Bond of my teens and early 20s. It's actually quite emotional knowing that No Time To Die is his last film because it also closes a chapter not just in his life, but also in our lives too.

The film starts straight after the ending of Spectre, so you really need to have watched all the Daniel Craig Bond films to understand exactly what happens next. Bond and Swann are enjoying their time together when Swann realises that for her to be able to tell Bond about her past he needs to let go of Vesper. In the previous scene to this we saw what happened when Swann was a little girl. It turns out that Safin killed Swann's mother because her father killed his family, so he wanted revenge. Seeing as Bond wanted to learn more about Swann's past he agrees to go the Vesper's grave to pay his final respect when an explosion from her grave happens. Bond gets pushed back and then follows the man who led him to it. This then follows the first of the action sequences involving a motorbike and car chase. Shortly the title credits appear and Billie Eilish's voice starts signing the theme song. I actually loved the imagery of the title sequence even though I hate the song, I just find it too slow and dreary for a Bond song.

Back to the film, Bond is furious as he is convinced that Swann brought him to the explosion even though she insists that she doesn't know what he's talking about. They go their separate ways as we see Bond take Swann to the train station when she says that she has something to tell him however he still lets her go.

Five years move on and Bond is seen in Jamaica enjoying his retirement when he is approached by his old friend Felix. Firstly I just want to say how beautiful Jamaica looks in this film, I would love to go one day! Felix offers one more mission to Bond however he declines. Afterwards he meets Nomi played by Lashana Lynch who is the first female agent. The surprising thing about her is that her 00 is actually 007, therefore she has taken over his role while he's been away. This scene showcases the first idea that things are changing for the franchise as Nomi mentions that things have changed since Bond's been away. It's a powerful speech as it also alludes to the ending of Daniel's tenure as Bond.

Eventually Bond agrees and is told to head to Cuba as this is where Spectre is having a party for Blofeld, even though he's very much stuck in prison! Here we meet another new female agent called Paloma, who can I just say I would love to be like in real life! Paloma claims to have only had 3 weeks training however once you see the action sequence that follows after all the members of Spectre die from the chemical interference from the scientist working for Safin, Bond can tell that she must have had more experience in his comical tone. I actually love that there's more comedic tones in this film as it harks back to the Roger Moore days which is nice. Once this scene is over we don't see Paloma again which is a shame as I think that she's a really great character as she's glamorous but also badass too! 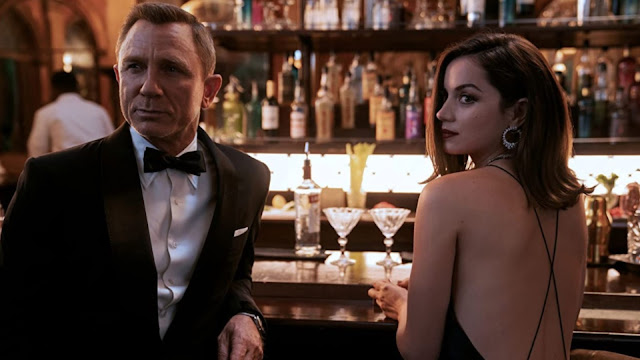 Later Bond goes back to visit M at the headquarters to explain the DNA tampering situation that's been going on and M explains that he created it to kill specific people, but he didn't realise that it had got into the wrong hands. Bond tries to explain that he needs to find out more details but M refuses to give in. In the evening we see Q's apartment and he's preparing for a dinner when he hears the doorbell. I'm happy to say that he still has his cats as he moves one of them away from the door. Of course when he opens the door it's not his guest who's arrived, it's in fact Bond and Moneypenny who persuade Q to hack into M's computer where they find out that he's got himself very much in trouble with the DNA debacle!

Now this is the part where I got a bit lost with the plot. For some reason the team decide that both Bond and Swann have to go to see Blowfeld to talk about what went on at the Spectre party. It turns out that Blowfeld had been arranging Spectre meetings and the party using his bionic eye, which luckily Q took back. Before this happens Swann backs out of talking to Blowfeld as Safin earlier ordered her to infect Bond with the Heracles and even though she accidently touches Bond's hand he actually kills Blowfeld when he attempted to strangle him because the crazy scientist changed it so that any member of Spectre who got in contact with the Heracles would die instead of killing Bond.

Bond looks for Swann and finds her at her parents house. Here we discover that she has a daughter called Mathilde, who we later find out is Bond's daughter. This may be one of the parts of the film that divides people, however I think it's ok as realistically this could happen because Bond was in a long term relationship with Swann, so even if it wasn't planned it may have happened in the future anyway. Bond and Swann then get hunted down by Safin's men which gives us an epic car chase, which looks amazing on screen. After this they get taken to Safin's underground lair which is apparently located between the waters of Japan and Russia and the setting is very typical Bond villain like with very open spaces, a massive pool of poisonous water and a lab with loads of scientists working on something. Once here Safin takes hostage of Mathilde while interrogating Bond, in summary he tells Bond that he either saves himself or Mathilde and Madeleine. Of course he tries to save his family, so Bond proceeds to find Madeleine and Mathilde and while this is happening Nomi is around looking out for Bond and she later kills the evil scientist while parading the lair. 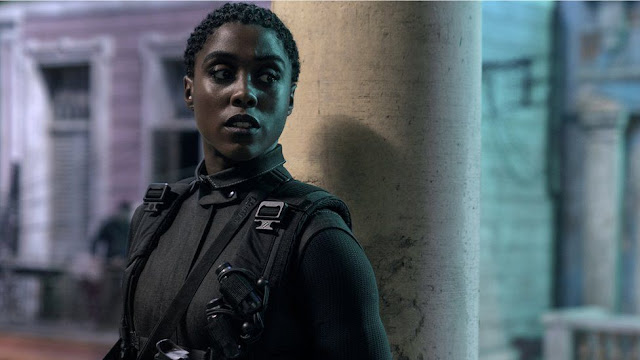 Safin catches up with Bond, so Bond tells Madeleine and Mathilde to run away while he tries to kill Safin. What happens next is the most controversial part of the movie. Safin and Bond fight, they both end up in the poisonous water and Safin has infected Bond with the Heracles meaning that if Bond ever sees Madeleine or Mathilde again then he would kill them. Bond manages to get out of the water, shoots Safin and then phones Q to explain that he's been touched with the Heracles. Q says that it's permanent but tells Bond to get out of the lair as missiles will hit the island in 10 minutes however after realising that Q knows that Bond's going to die he emotionally put's Bond on the phone to speak to Madeleine and Mathilde so he can say bye to them. Then we see a beautiful but heart breaking shot of Bond looking up to the sky while the missiles are coming down to hit the island. The final shot is also very moving as Madeleine says to Mathilde 'I'm going to tell you a story about a man called James Bond' and then we see them drive away to the Louis Armstrong's  We Have All The Time In The World which is one of the last things he said to Madeleine before he admitted defeat.

I absolutely loved everything about No Time To Die apart from the ending! I know it's to symbolise the fact that Daniel Craig's Bond is finished, I just don't know why they had to kill Bond off!! How can the franchise come back from this?! There are three ideas I have, the first is that they completely start everything over with not just a new Bond, but a new M, Q and Moneypenny which would be sad as I adore the supporting cast as those actors are some of the best actors Britain has to offer, so it'd be a real shame to lose them! The second is that they make the name James Bond a code name, so that a new agent could come in to take his place as that way they could keep the supporting cast and therefore keep some continuity. The last thought is that they keep the supporting cast and somehow add the new Bond into the mix ignoring past events however I see this being very unlikely seeing as Bond is dead, unless of course he faked his death yet again!

Whatever happens we were promised at the end of the film that Bond will be back as it said on screen 'James Bond Will Return'. We'll have to find out in what form in the future, hopefully next year if they do choose a new Bond by then!

What are your thoughts on No Time To Die? I would love to know if you felt the same about the ending as I do. Apparently the reason why Danny Boyle stopped directing the movie is because he didn't want Bond to be killed off, so that must of been the creative difference that was talked about at the time!

Thanks for reading and I'll see you soon