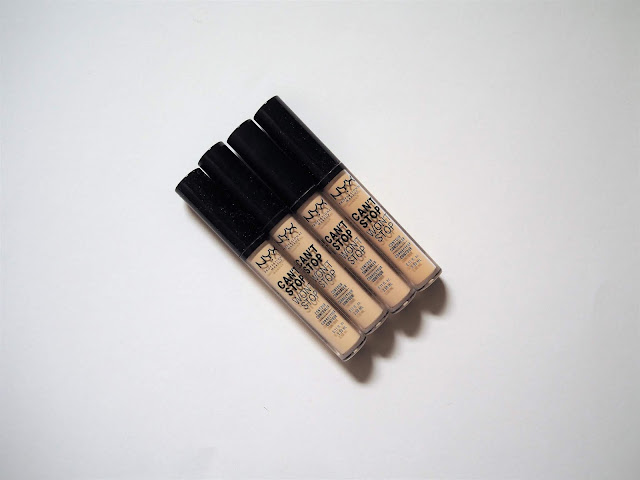 So it' been a while since I've actually written a post...oh dear. Sometimes life just gets a bit busy and you get caught up with the everyday mundane things that you have to do in life that there's not enough time to do the things you actually want to do. For me this includes having the time to blog, but anyway I'm back with a new concealer to review- the NYX Can't Stop Won't Stop Concealer. For years I have used the same concealer combination which is using the Collection Lasting Perfection Concealer on my face and the Bourjois Radiance Reveal Concealer under the eyes however for a while now I've wanted to find a concealer that works great for both purposes not just one. There have been many new concealers that have been released recently however this one particularly caught my eye because people were saying that it is a dupe for the new Fenty Pro Filt'r concealer. Now I don't have that one to compare it too, so I'm just going to tell you about this one instead.

As I couldn't get hold of this in a store when it first came out I decided to order 4 shades from the Cult Beauty website as I didn't know exactly what shade I would be. The ones I bought were Fair, Alabaster, Light Ivory & Vanilla which is the exact order from lightest to darkest that would suit my skin tone. It turns out that Light Ivory was the one that suited me the most for now, so that's the one I tested out. 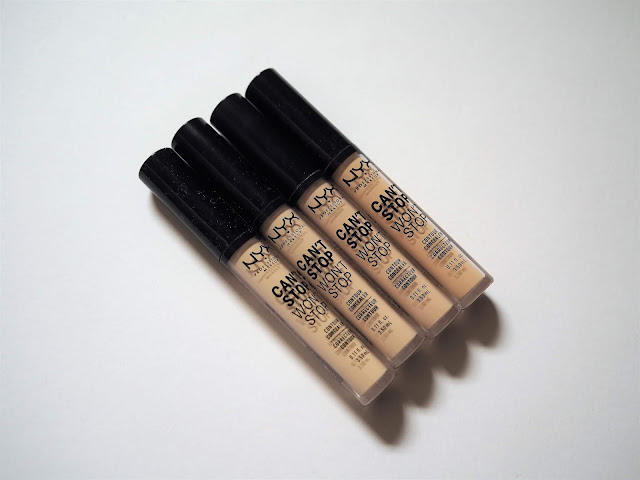 I put this on a Saturday at around 2pm and tested it both under the eyes and on the rest of my face and used it as my only base product so I could give it a proper test as a lot of the time I use concealer as my only base product as I don't have time to put on both concealer and foundation most days. When you apply it it almost glides onto the skin seamlessly with the doe foot applicator and the formula feels very soft and comfortable on the skin however be warned as you have to work quickly as it does set pretty quickly, so as soon as you apply it make sure you blend it into the skin well and then it will start to set. I still used powder on top as I have oily/oily combination skin but if you have normal or dry skin then of course you may not want to powder it at all. Formula wise it's pretty full coverage which I was so happy with as this was what I wanted. It also lasted well without any major problems as it wore for 7 hours before I noticed any tiny parts of concealer disappearing or before my skin got particularly oily at all. So if you are in the market for a new concealer I definitely recommend you purchase this one. It's £8 so it's at an affordable price and it should soon be available in UK drugstores, so basically Boots and Superdrug, not just online. I'll put the photo of the swatches in as well so you can look at the difference in the first 4 shades. 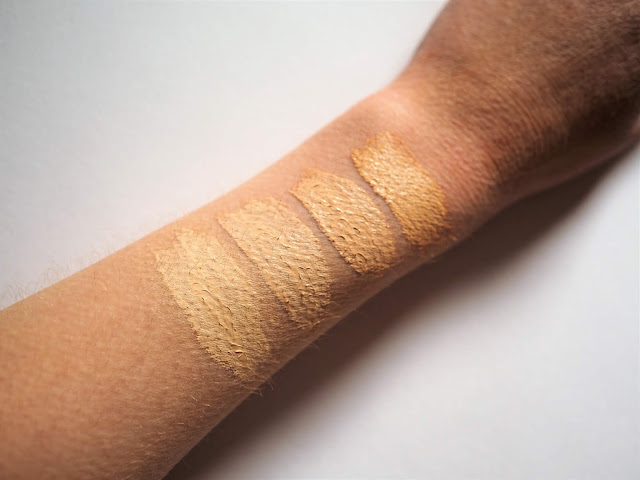 Thank you so much for reading my post. What do you think of this concealer?