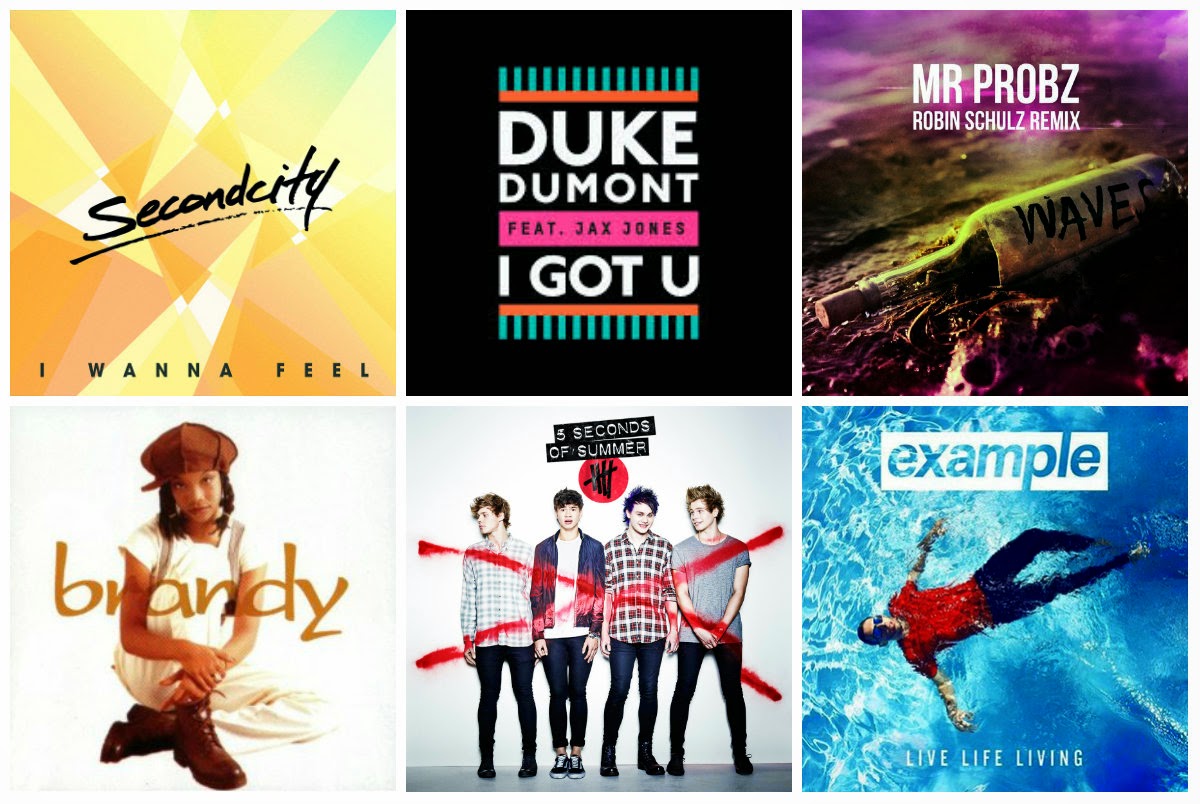 Recently there are a lot of artists and songs that I've been loving and for a change there's a lot of new stuff for once, with the exception of one song. I'm also going to leave a lyric/picture video of each of the songs after I've talked about them this time so that you can actually listen and sing along to them for once haha.

So first up is Secondcity with 'I Wanna Feel'. This song came out a little while ago now, but it's still relatively new and I really love it. It's the perfect summery light rave/dance song and it's a sample of Toni Braxton's 'You're Making Me High' which is cool as this new song gives the original song a modern feel to it.


Next up is another song that's a sample of a classic by Whitney Houston, 'I Got U' by Duke Dumont. So far he's only released two songs and I love both the ones he's released so far. This one is a sample of 'My Love Is Your Love' and what I love is that he said that he made this song as a tribute to Whitney Houston. I think he did a good job of that. Again it's a dance song with summery vibes and it's really grown on me.


This next song I can't get enough of as it's the most chilled out, summery song of them all. This is Mr.Probz with 'Waves'. It's the perfect poolside song that you can relax to on a lazy summer's day and every time I hear it on the radio it gets me in a good, relaxed mood which is great. :)


I'm surprised that I haven't mentioned this next artist before now because I've been obsessed with her for ages. This is Brandy who is an R&B artist who was particularly famous and sucessful in the 90s. The song that's been on repeat this time is 'Give Me You' which is really soulful and it has a cool clap beat to it. You know when they clap to the beat of the music and it goes really well with the rest of the instruments playing in the song. You will know what I mean if you listen to the song, which I highly recommend, it's really good.


Second to last is the 5SOS boys with 'Don't Stop'. I love, love, love this. I think it's my favourite of theirs so far. I was lucky enough to see them live and they are amazing live. Since then I have been hooked on this song. It really makes me feel upbeat and pumped up as it's a really energetic, fast song with amazing guitar action hahaha.


And last but not least is the epic Example with 'One More Day'. This is a pretty fresh new song (I think anyway) and it's one of the most dancy ones out of all of them which would sound amazing loud in a club. It's got a really catchy chorus so I always end up singing along to it whilst dancing like I'm at a rave with my hands in the air haha.

I really hope you enjoyed reading this post! Let me know what you've been listening to lately as I'd love to know as I'm nosey like that haha.