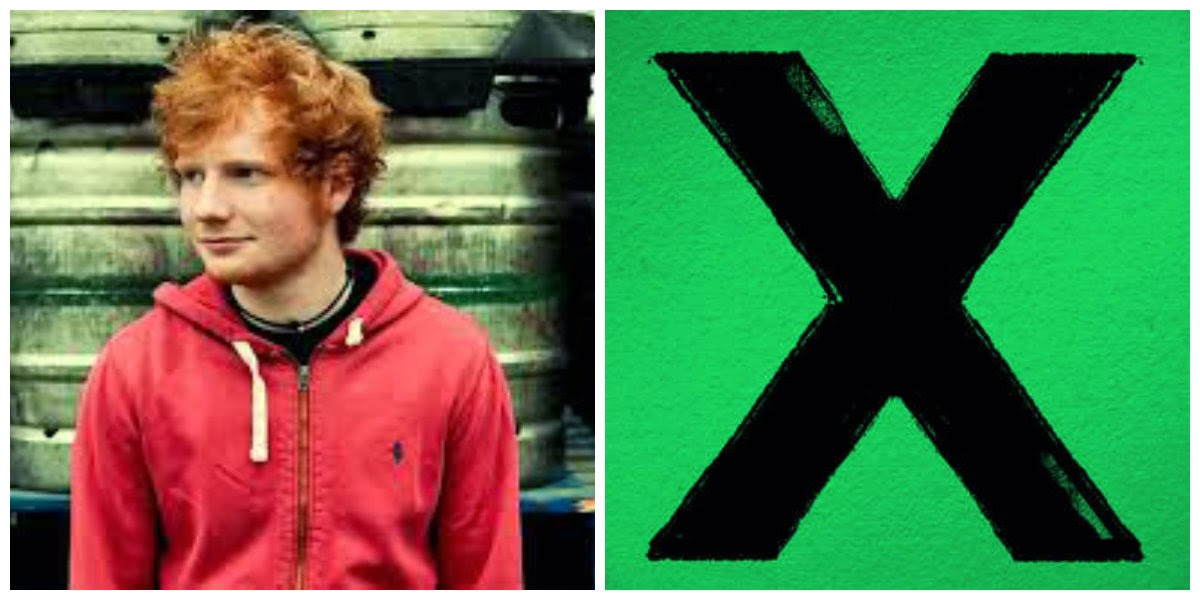 Hi everyone! Hope you are all well. This week's That's A Tune is dedicated to the one and only Ed Sheeran who recently released his new album 'X' (pronounced Multiply). I bought the deluxe edition as soon as I could on the day it came out and I have been hooked since. I simply love all the songs on it. Most of the songs I'd say are slow or mid tempo, but there's a few that are a bit more upbeat like 'Sing' and 'Don't' which are fab!

I can't pick one favourite song as I love them all but the songs I find myself listening to the most are 'One', 'Don't', 'Thinking Out Loud' and 'All Of The Stars'.

'One' is such a relaxing song with beautiful lyrics to it and it's the first song that I could not get out of my head. 'Don't ' is a song that I find ridiculously catchy so I always end up singing it after I hear it as it has an incredibly cool beat to it. 'Thinking Out Loud' in my opinion is the most stunning song on the whole album. The lyrics are so honest that the song symbolises true love through the lyrics and it's musically captivating as well. I instantly liked 'All Of The Stars' as you can easily relate the lyrics to the film and book of The Fault In Our Stars which the song was written for.

I hardly ever buy albums that much any more, especially as CDs, so you know that an artist must be special if you would much rather buy the actual hard copy of an album. Also the art work inside this album is insanely cool. I particularly love the image of the cat wearing Pharrell's famous hat which is drawn really well and you wouldn't see that if you got the downloaded version of it.

I really hope you liked my third music post :) If you love Ed Sheeran tell me what you think of this album, I love hearing your views!